How is Quebec one of the best places to migrate in Canada?

How is Quebec one of the best places to migrate in Canada?

When it comes to Canada, every province has its own plus points, there’s no province which is not good. But, there are certain provinces which are better to live in, such as Quebec.

Quebec is an A1 choice and there are reasons to support this statement. Quebec is a mix of cultures, Blend of one of the best features of the best places, i.e. France and Canada. The best mix found in North America.

Quebec is not limited to 1 or 2 particular seasons, Quebec provides its people with many kinds of weather and the perks that come along with it. Every kind of weather has its own vibe.

To support the aforementioned statement, here are some other points that one should know about:

1 – Montreal has been ranked as the Number 1 city of Education by BBC in the year 2018;

Montreal has the best policies and facilities when it comes to education;

Also, not to forget that Montreal has the 2 Best Universities in the world, those are Mc. Gill University and University of Montreal.

2 – When it comes to the aspect of Economical, Quebec is the best and how;

Quebec provides one of the most affordable tuition fees and  cost of living.    There’s barely anything that a person cannot afford.

From food to rent to education, everything is pocket friendly

Quebec has been granted more autonomy in the field of immigration by the federal government;

Due to its amazing lifestyle and culture Quebec is one the most populous provinces. You can have the fun of Europe by living in Quebec with its multicultural ease.

To know more about Quebec, its colleges and its policies, Contact Jupiter Consultants and let us help you pave the way for abroad immigration. 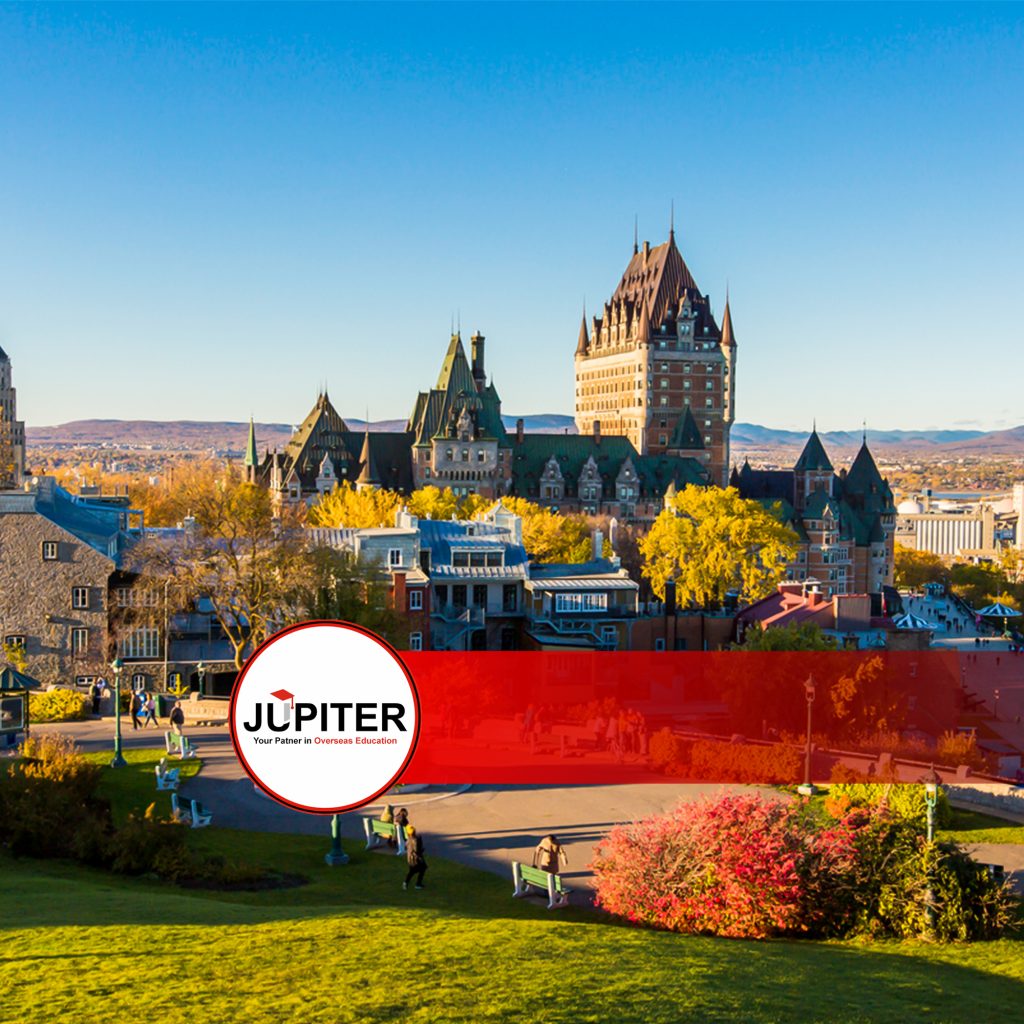