The International English Language Testing System, also known as  IELTS, and Test of English as a Foreign Language, also known as TOEFL, are both systems set to test the English proficiency level of a person. English proficiency level test is important for anyone who is trying to study or settle abroad. To apply for anything out of your country, one of these tests is required to be cleared for almost each and every English-speaking country.

IELTS and TOEFL both are quite easy to clear if you have received proper coaching. Though there are certain features of both the exams that make them different from one another.

1- IELTS is a tad flexible in comparison to TOEFL when it comes to the use of language.

IELTS allows you to use both the English languages, be it UK English or American English. Though, you cannot mix both.

When giving the TOEFL exam, one can only use American English.

3- IELTS and TOEFL both have different sections in which the exam is divided.

4- About the speaking section, in IELTS you will have to have a conversation with a person, one on one, whereas, in TOEFL, one has to revert to a recorded voice on a system and speak for minutes on a stretch.

5- About the writing section, in IELTS you have to write less and be given more time and in TOEFL, it’s the opposite.

Both the tests are almost similar, but IELTS is a tad easier as you can see in the above-mentioned points. Go through all the details before choosing your option.

At Jupiter Study Abroad, we also provide the service of preparing students for the IELTS exam. 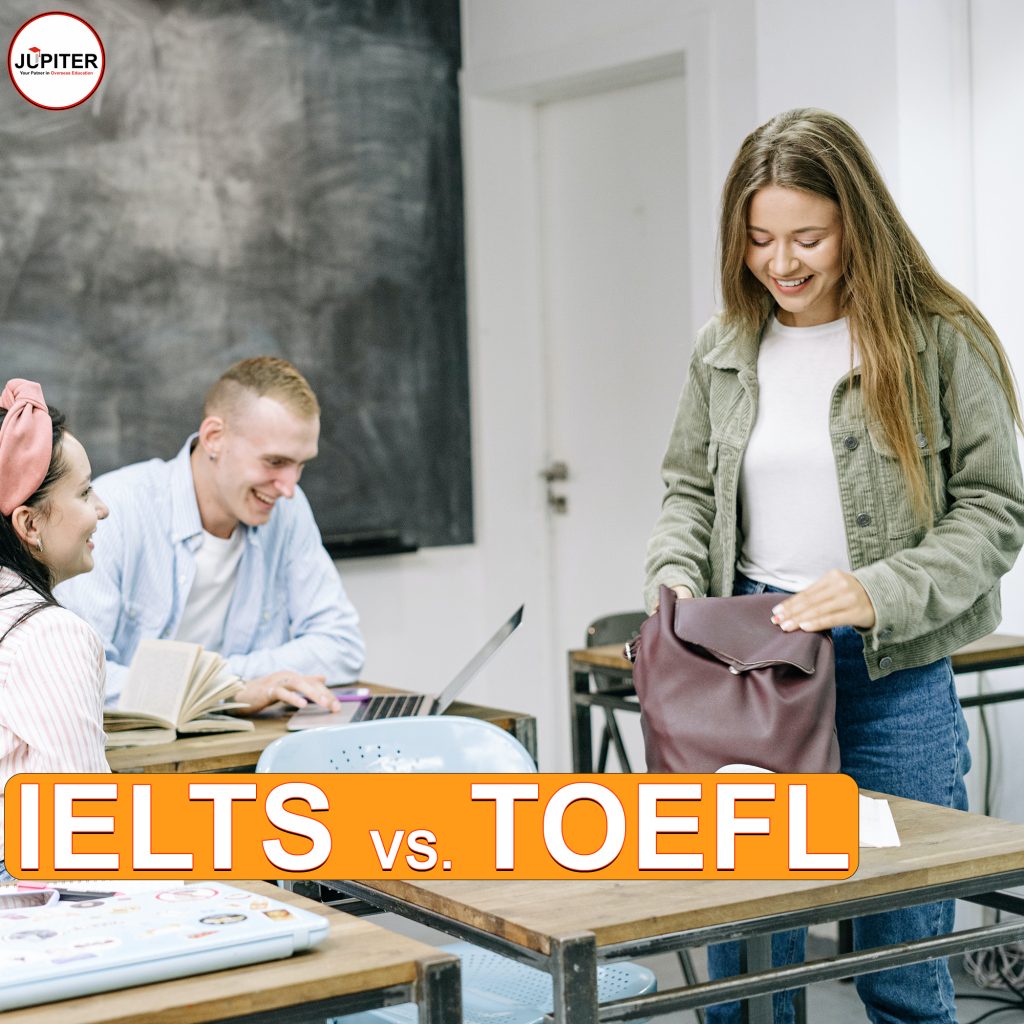